In late 2017 Macduff Ship Design was commissioned by Cheoy Lee shipyards to produce a new design to fit into their existing vessel range.  The design brief was for a small workboat with capacity for simple modification so that it could be tailored to specific owner requirements.  The first two vessels have now been completed as stock vessels and following successful sea trials are now available for sale.

The design for the first vessels is kept simple, allowing for them to complete multiple roles as a general workboat within many industries.  The conventional layout with a forward wheelhouse and large open deck is complemented with the fitting of a tow post and 10 T SWL tow hook.

The design was however completed to allow for future vessels to have significant variation.  The main optional changes that can be incorporated are the potential of an addition focsle deck to give higher forward freeboard and improved below deck accommodation, and the option to lengthen the vessel mid-ships to suit owner requirement. The design also allows for the addition of winches or a crane to be fitted to any of the designs.

The vessel is built with twin propellers supplied by Kort propulsion.  They are driven by Caterpillar C9.3 main engines rated at 416 HP @ 2100 rpm, coupled to 2 x Twin Disc MGX5114 gearboxes driving the two 1250mm propellers which are fitted in Kort nozzles to give an improved bollard pull.  On trials the vessels achieved an impressive 10T Bollard Pull and also 10.2 knots. 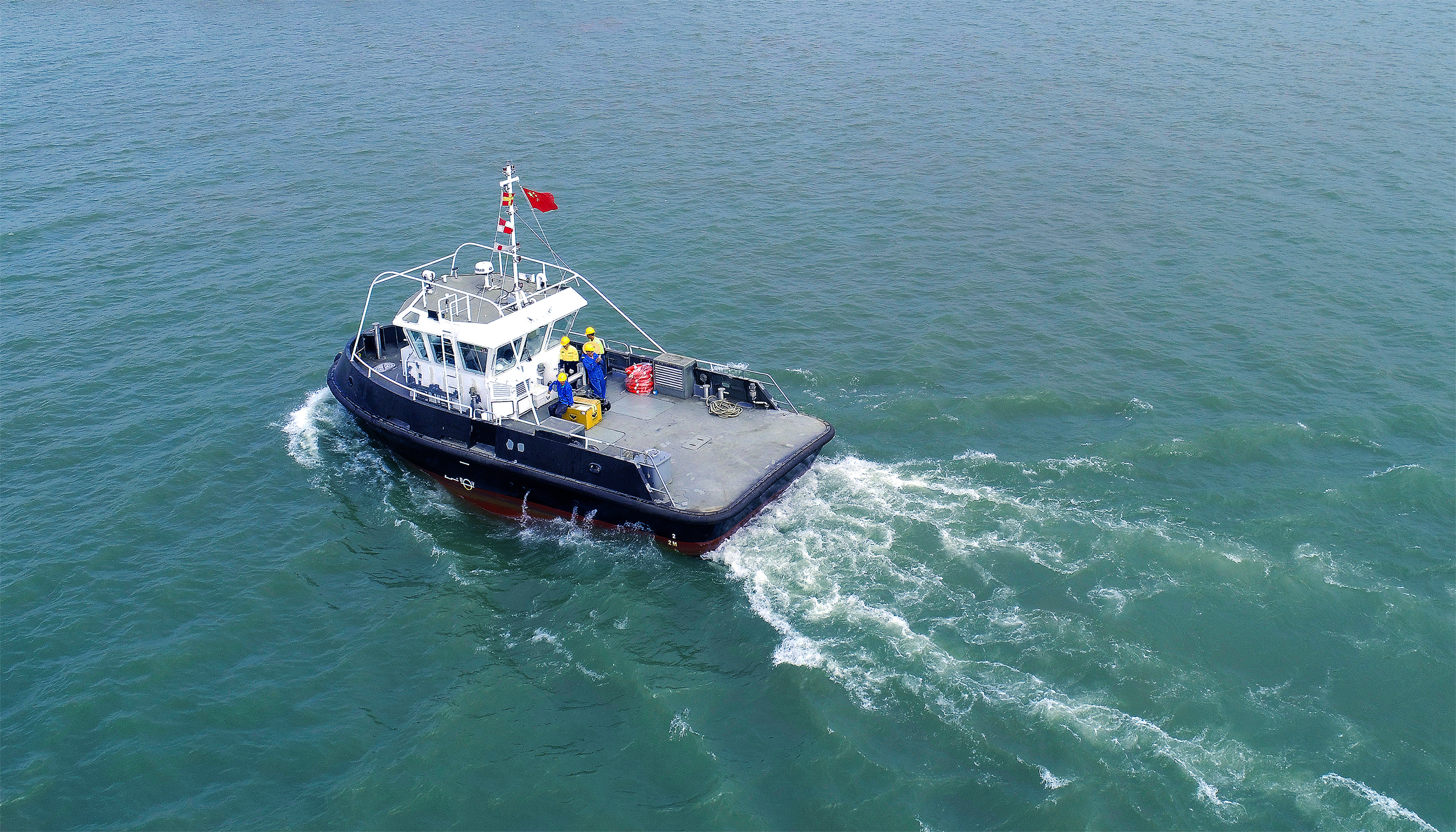 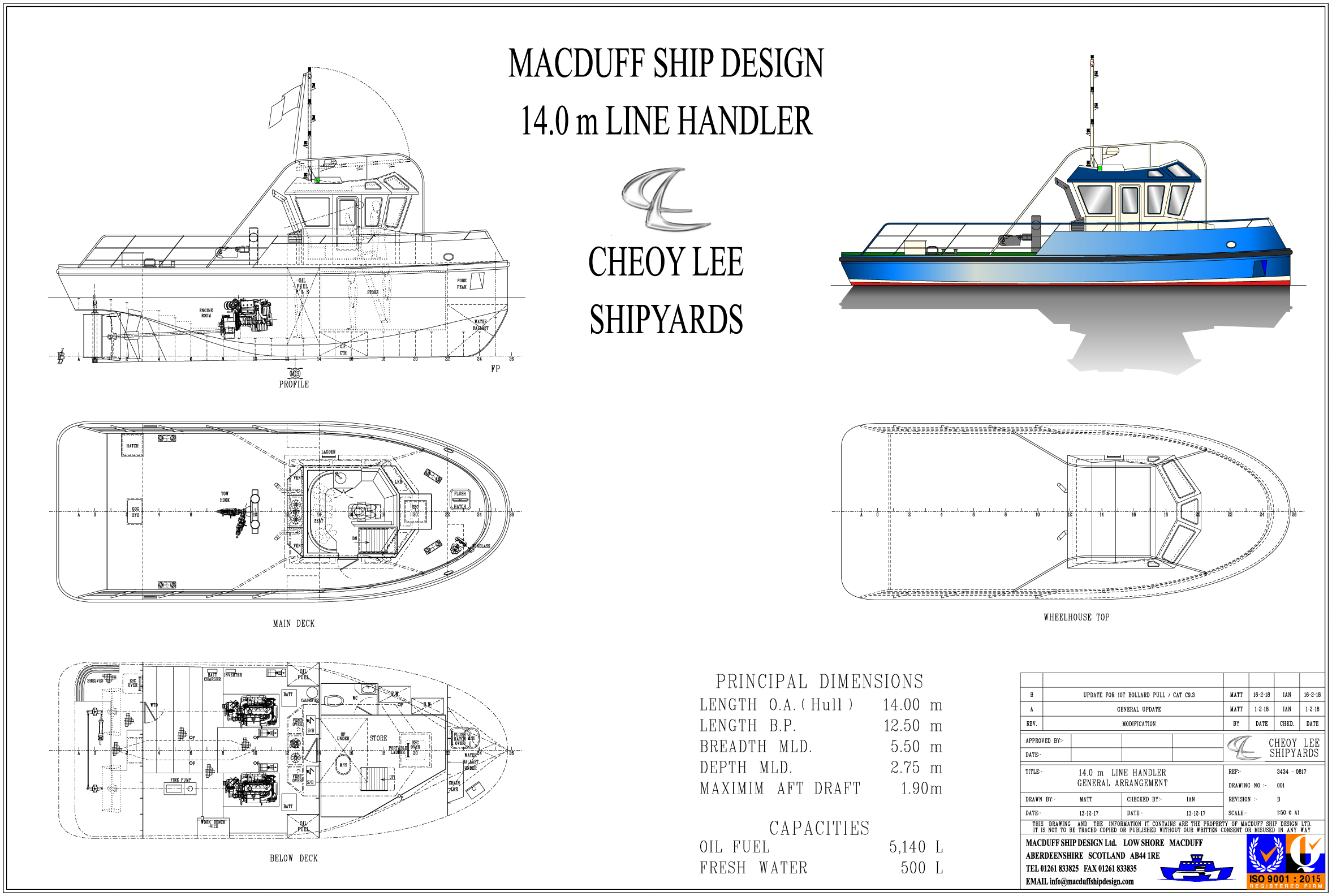