A new aquaculture vessel with a focus on fish welfare has been launched on Monday (15/3) by Ferguson Marine. The 26-metre boat is the latest addition to the Inverlussa Marine Services fleet and the 6th vessel launched that has been built to plans by Macduff Ship Design. This cements the long-lasting partnership between Macduff Ship Design and Inverlussa Marine Services as they continue to expand their fleet.

The £6M Kallista Helen is a multi-purpose service vessel that is to be fitted with a £2.5M next-generation Thermolicer. This will enable the salmon producer to intervene earlier with regards to sea lice control, helping safeguard farmed fish health.

Ben Wilson, Managing Director of Inverlussa, said the Kallista Helen, named after his niece, was built with fish health and welfare front of mind.

‘From the outset, Scottish Sea Farms was looking to minimise fish handling and maximise fish welfare, designing the boat around those. The result is so much better when you start with the fish then consider the boat, rather than the other way round.’

Central to the vessel’s bespoke design is the Thermolicer itself, designed and engineered by ScaleAQ in Norway in partnership with ScaleAQ UK.

The first of its kind to be constructed in Scotland, the system includes:

In another first, the service vessel has been custom-built to house this delousing technology internally within a dedicated sheltered deck to protect it from the elements; the advantages being better operational efficiency, improved seaworthiness and safer working conditions for the crew.

It also frees up more space on the vessel’s top deck for equipment, including three cranes which means the vessel will be less dependent on other workboats during treatments.

Meanwhile, down in the engine room, there is a heat recovery system to draw heat from the engines and transfer it to the delousing system, saving on both fuel usage and carbon emissions.

Scottish Sea Farms Managing Director Jim Gallagher said: ‘Not only is the Kallista Helen another important step forward in our drive to ensure the best growing conditions for our fish, it’s also a great example of Scottish business supporting Scottish business from drawing board through to final deployment.

‘Events outside everyone’s control have caused delays but we’ve stuck together throughout, stayed focused on the end goal and now we’re back on course.’

The Kallista Helen is expected to arrive in Shetland in early May where it will be fitted out by Scale AQ’s Scottish team and Ocean Kinetics of Lerwick.

Once works are complete, the vessel will operate with two five-strong crews – one from Scottish Sea Farms, the other from Inverlussa – each working three week on/off shift patterns. 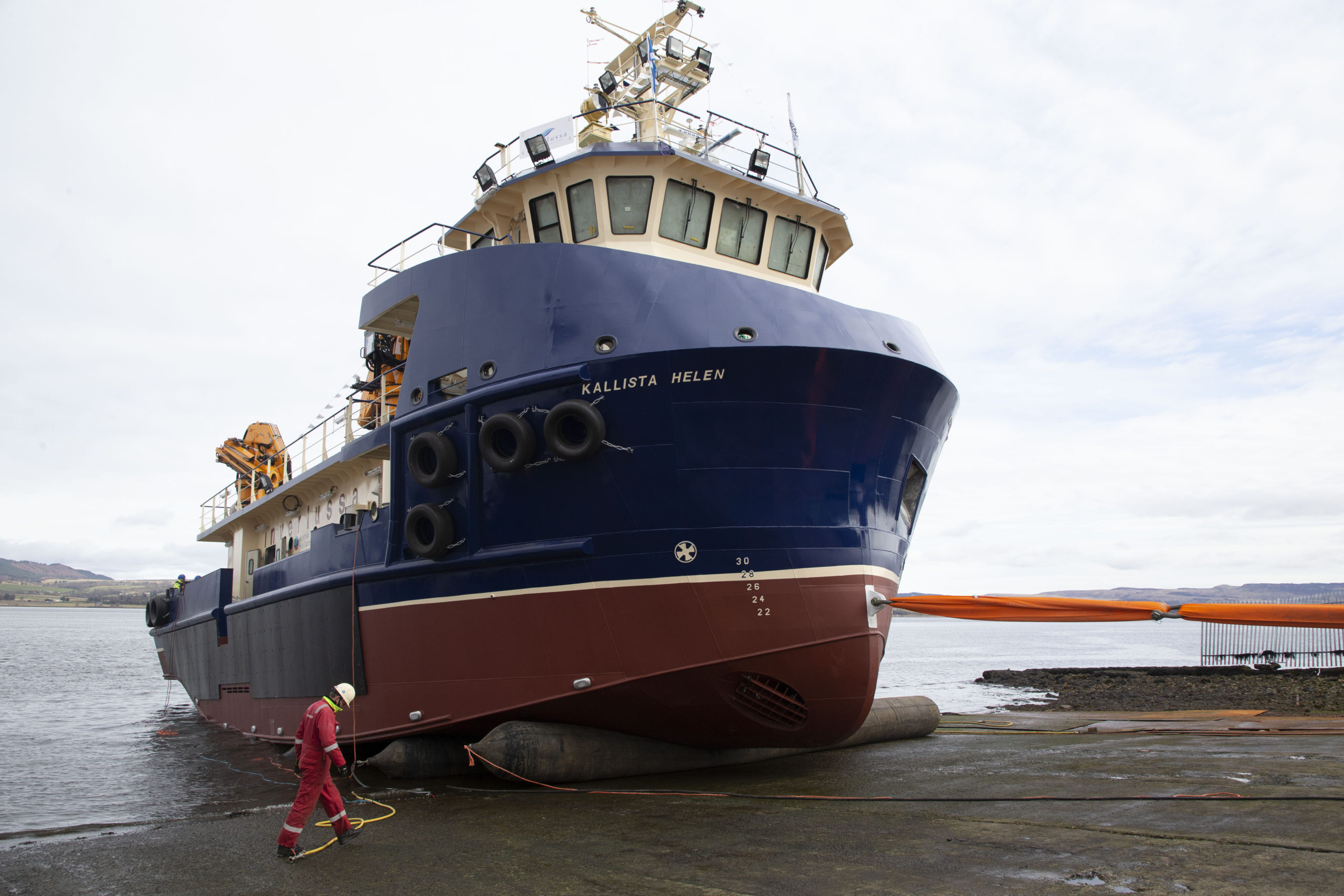 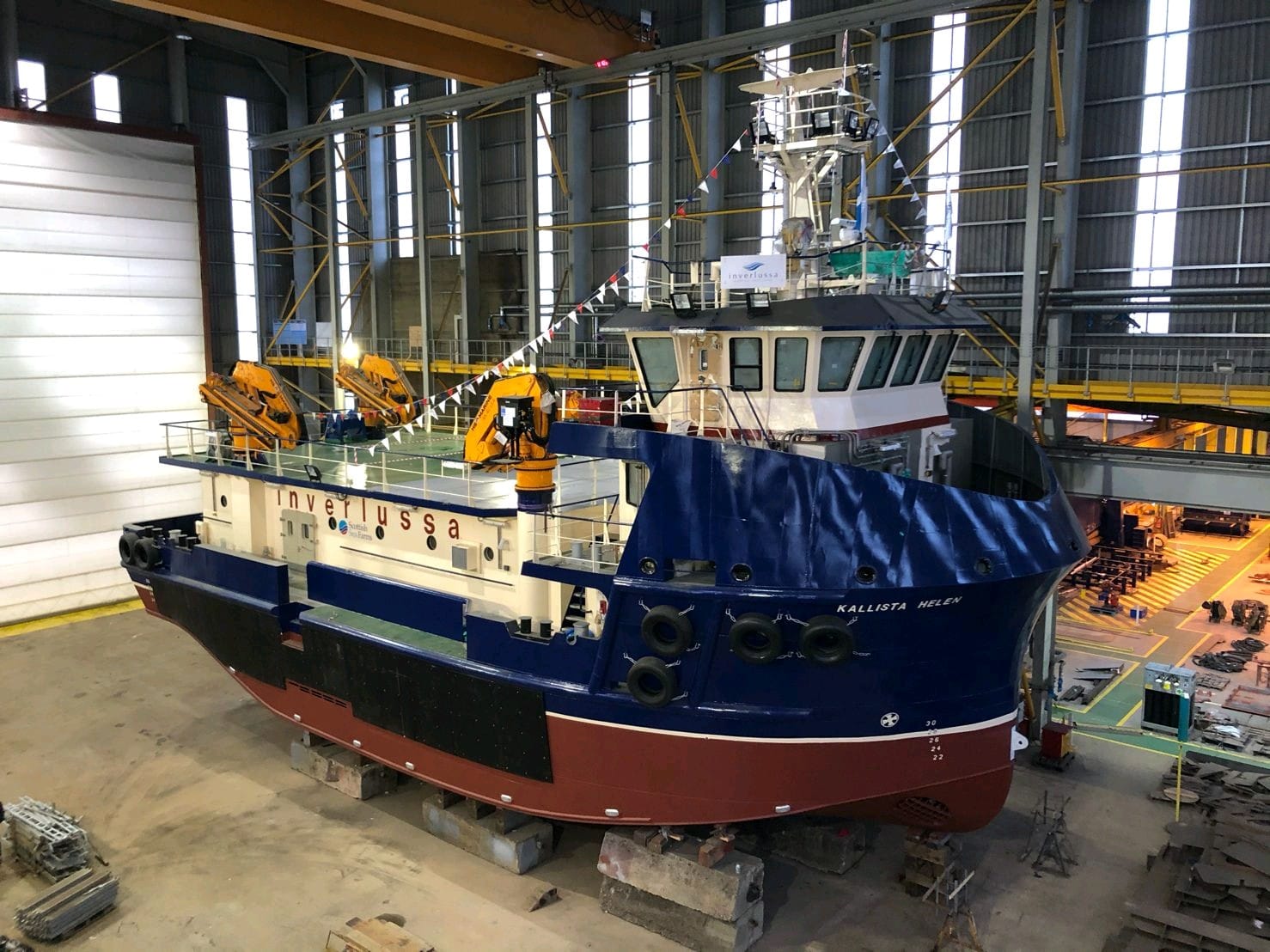 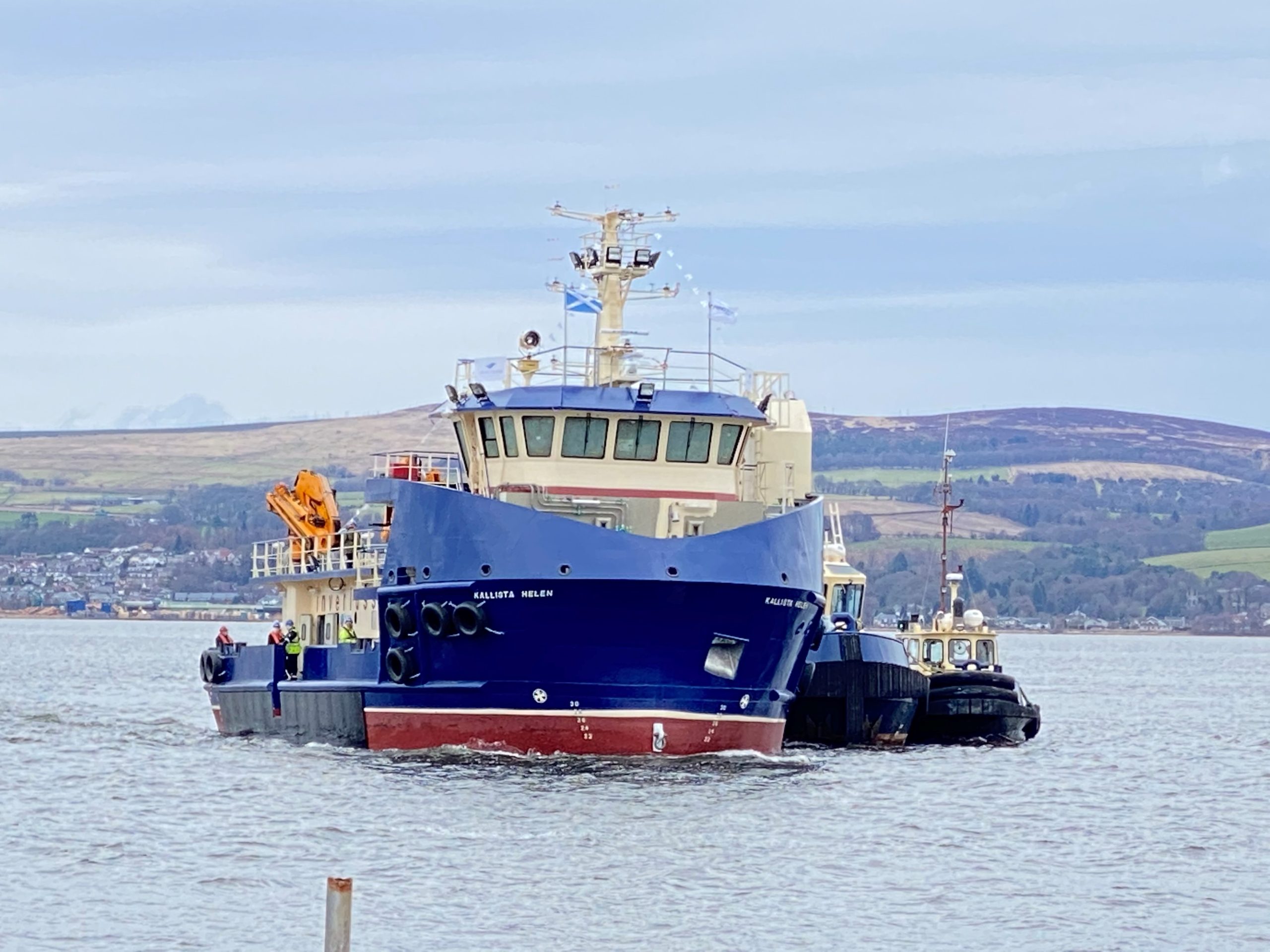