Macduff Ship Design have over the past 10 years spent considerable time specialising in the design of small workboats and harbour vessels.  This was partially driven by a wish to broaden the companies reach and a relatively quiet period within its original core business of the UK fishing and aquaculture sector.  However recent years has seen a resurgence in the interest in new build within these sectors. Fishing sector Macduff Ship Design was originally conceived to work with the local UK fishing fleet and over the past 25 years despite diversification this has remained one of the core areas of business.  This has led to the company’s extensive knowledge in the development of UK fishing and aquaculture sectors. The resurgence in the fishing sector both in the UK and worldwide has led to significant new build interest.  More recently Macduff Ship Design has been contracted for a number of new and concept designs in both the fishing and aquaculture sectors, from owners and shipyards both locally in the UK and further afield in Ireland, France, Norway, Australia, New Zealand, Canada and South Africa as well as several Mediterranean countries.  This increased interest has culminated in a wave of new build orders being placed in recent months. We are pleased to announce that we are working closely with two UK owners on the design of a series of 3 x 19m Vivier Crab vessels which have been ordered for delivery later this year from Ship Building Asia (SBA) – building in Vietnam.  These projects follow on from the successful build of a new multi role fishing vessel currently being completed for Canadian owners by the same shipyard. At the same time as this contract being finalised Macduff has also been awarded the design for a further 2 x 15m Vivier Crab vessels for Irish owners, again being built with SBA. Macduff Ship Design has also been working closely with Macduff Shipyards on the development of several new design projects.  The past year has seen the deliveries of a number of new fishing vessels from 15m to 26.5m, and current production sees new building continue for a 19m Scallop Trawler, 26.5m Trawler, 15m Vivier Crabber, 24.5m Trawler and 34.0m Stern Trawler. Alongside this new design work we are actively in discussion with a number of other yards and owners and hope that this will lead to further new build vessels starting later this year. Aquaculture sector Over this same period of time as this development of multiple new fishing vessels we have been working closely with a number of clients within the aquaculture sector on new projects.  Macduff Ship Design has been involved in the development of a wide range of vessels in this sector over recent years for the local Scottish Salmon Farming industry, and with new regulation and expansion of this sector there is a keen demand for Macduff’s expertise in the development of new vessels to meet this demand. Following a long and fruitful relationship we are pleased to be working again with Inverlussa Marine Services in the development of 2 new workboats for the aquaculture sector.  The vessels, a 21m landing craft style workboat for general duties and a 26.25m LOA, under 24m registered, workboat coded vessel for Salmon treatment work are to be built in Scotland at Ferguson Marine. Alongside the development of these vessels we have been working with Ship Building Asia and Canadian owners in the development of an under 500 GT, 37m Harvest vessel with capacity for 6 x 50 cubic metre RSW tanks for fish harvest and transport.  This vessel has been ordered through SBA, building in Vietnam. As well as these vessels we have recently been awarded the supply of steel cutting data for a repeat build 14m catamaran workboat to be built by Macduff Shipyards. We are delighted to be heading into 2019 with such an exciting and diverse order book and look forward to working with the owners and shipyards involved in these projects and completing many more projects in the coming years. 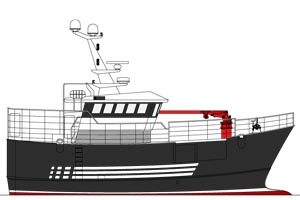 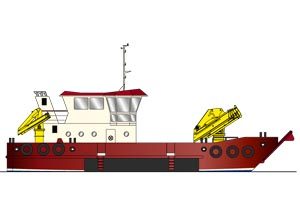 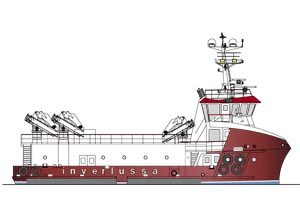 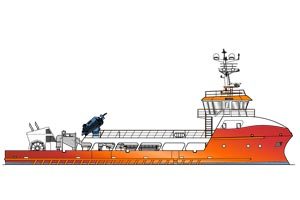