This was one of the first large scale projects that Macduff Ship Design was involved in.  We were contracted by two local fishermen to produce the design for 2 x 40m Stern Trawlers for operation in the North Atlantic.  This was a new move for the owners with the vessels being fully classified to Lloyds register.  As well as the design we were able to assist with the tender process and the selection of the yard.  The final yard selected was Ailsa Troon in Southern Scotland.  After the initial design phase and yard selection process we produced full construction plans to Lloyds classification and assisted the owners with supervision, culminating in acceptance trials and handover.  The vessels proved themselves to be exceptionally capable and after a short time we were asked to provide the designs for a modified sister vessel to be built in Holland.  It is now over 20 years since the vessels were built and all 3 are still in operation and proving as capable as when they were first designed. 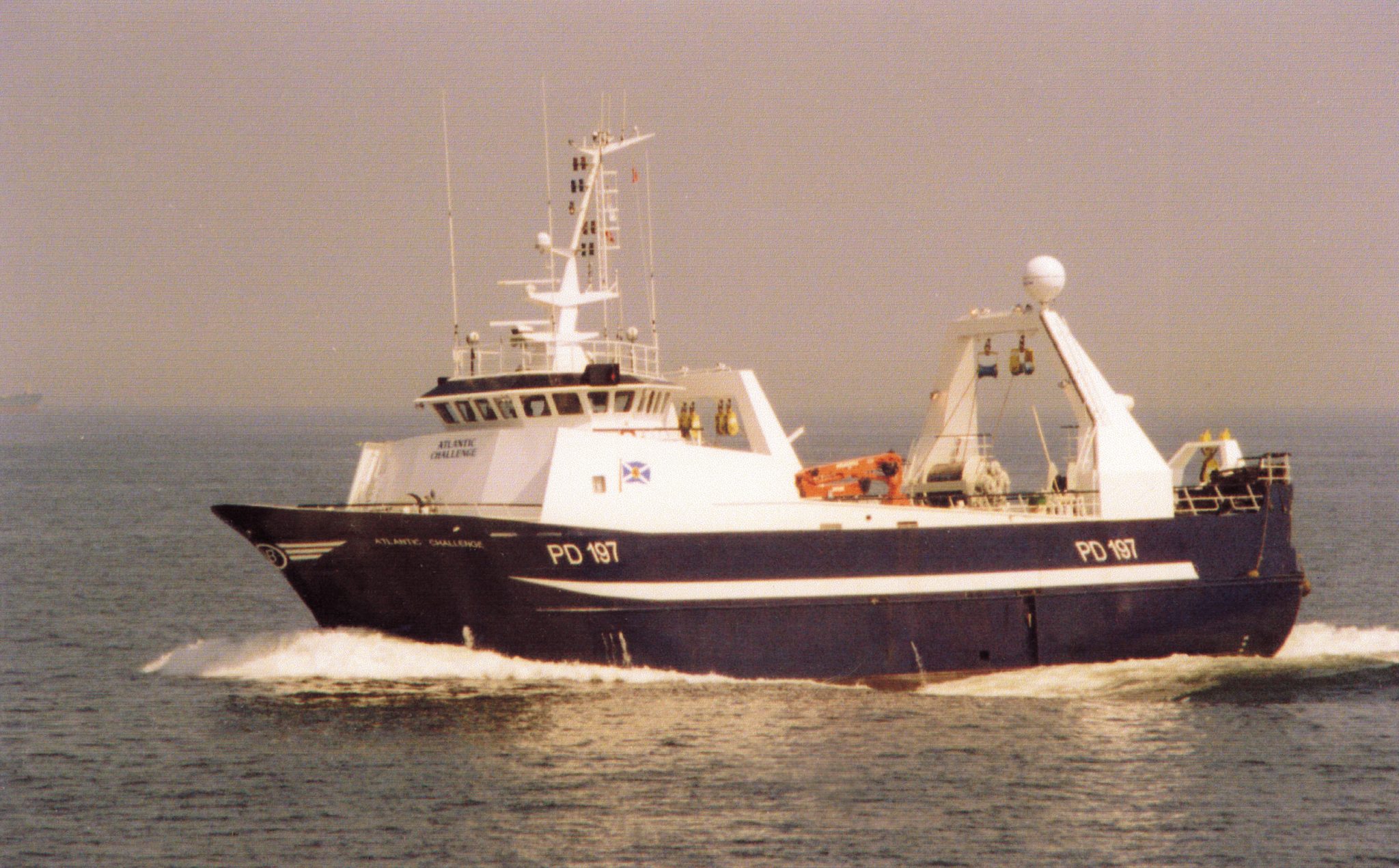 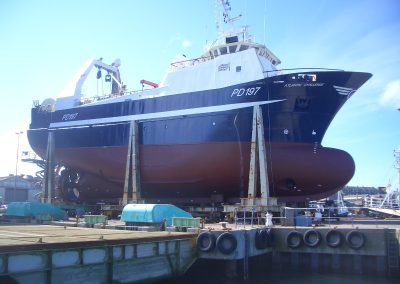 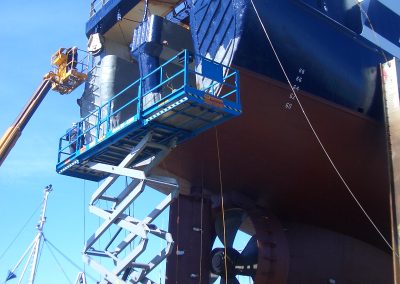 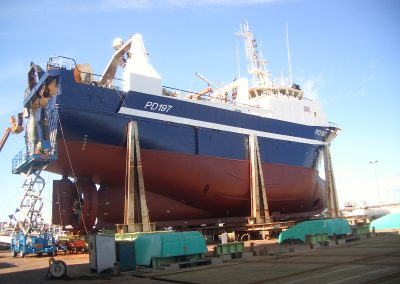 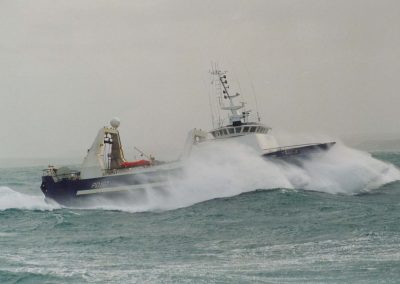 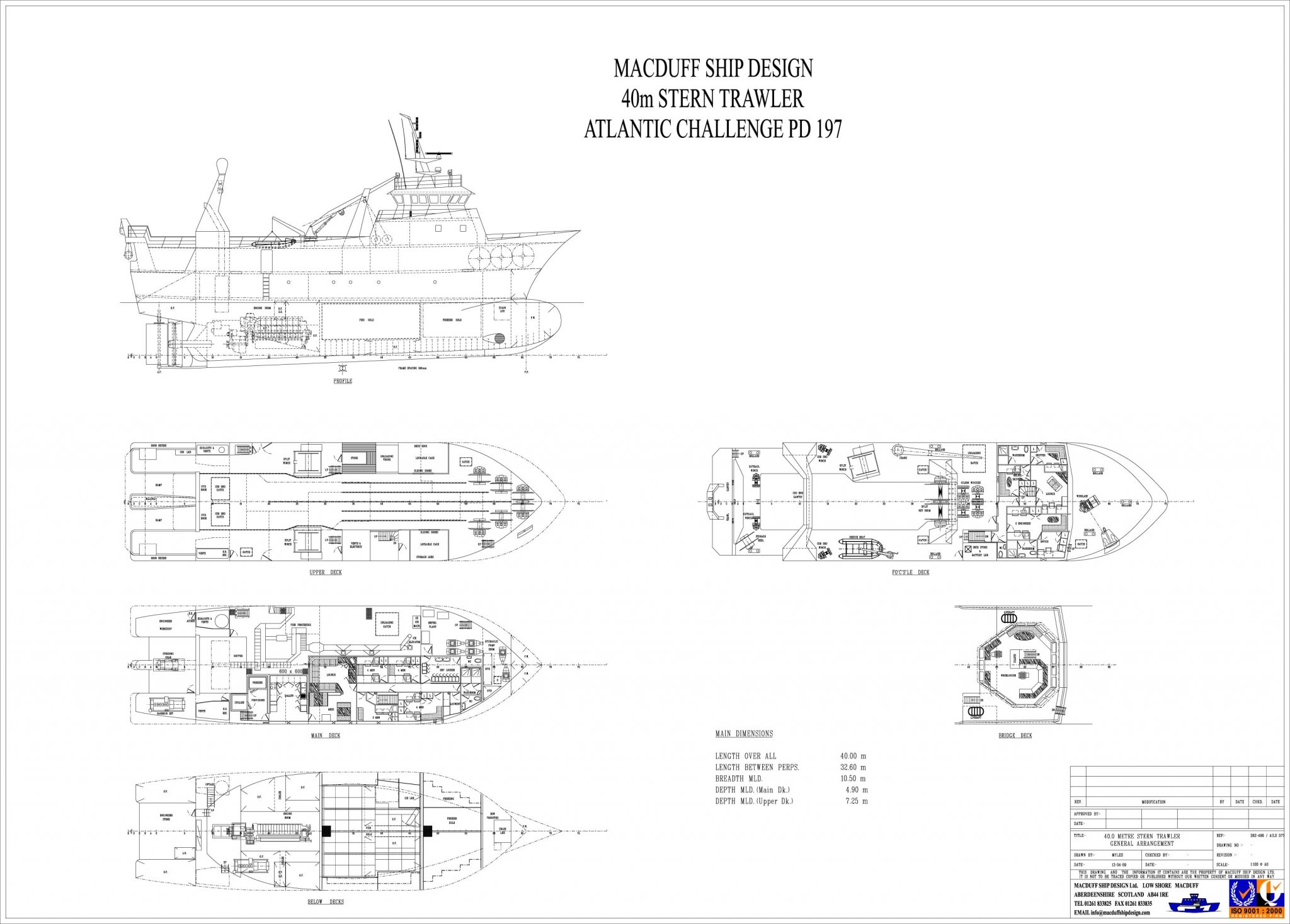 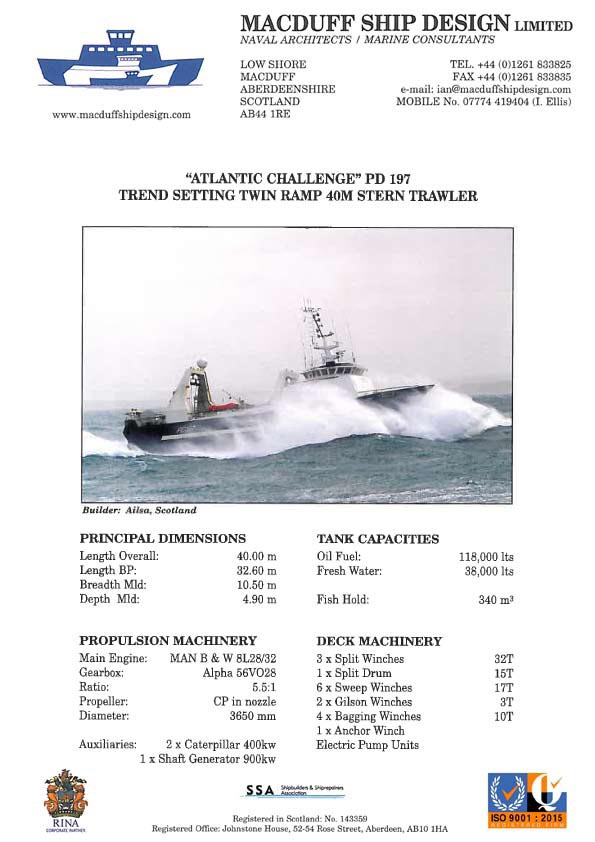 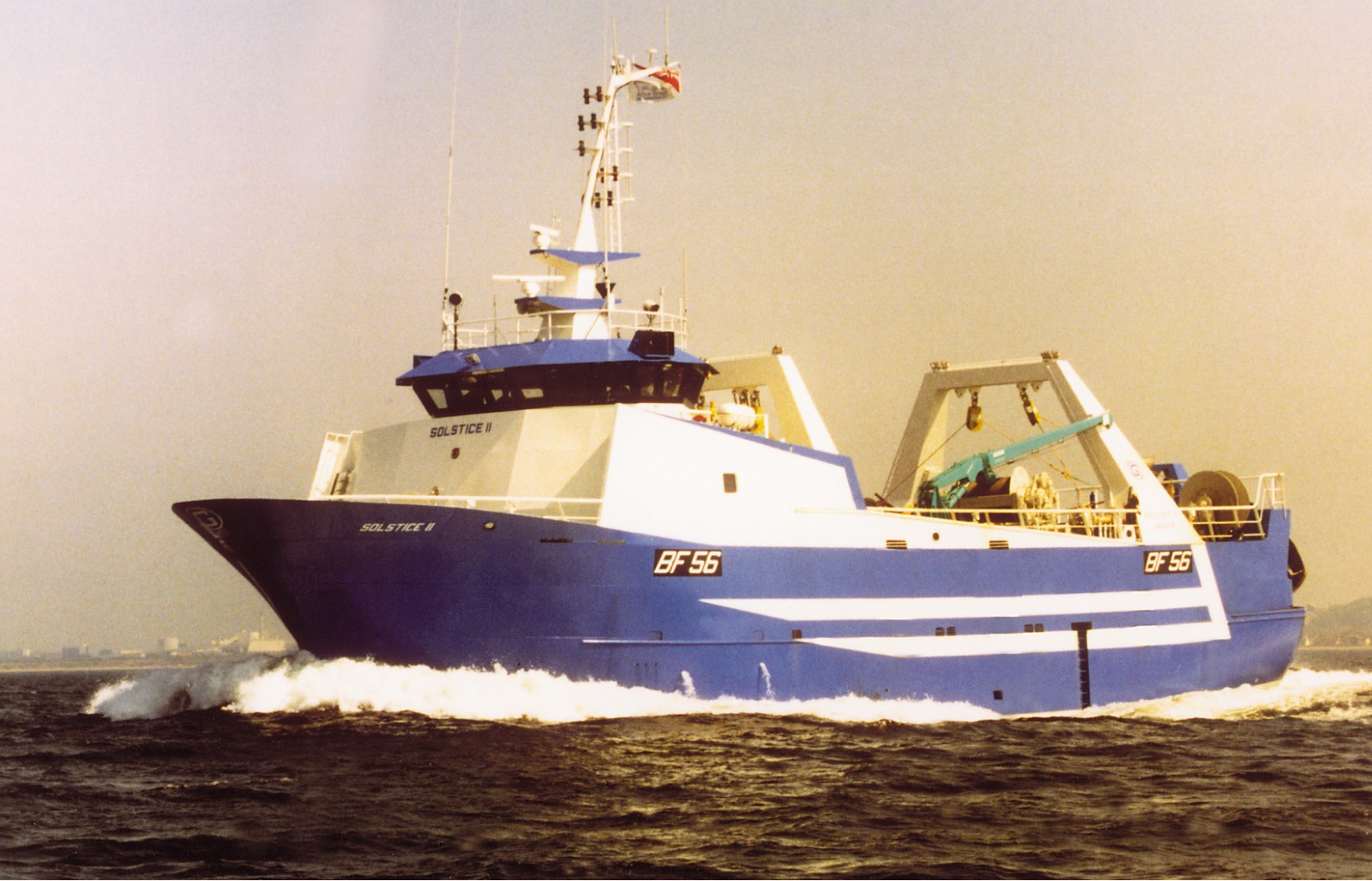 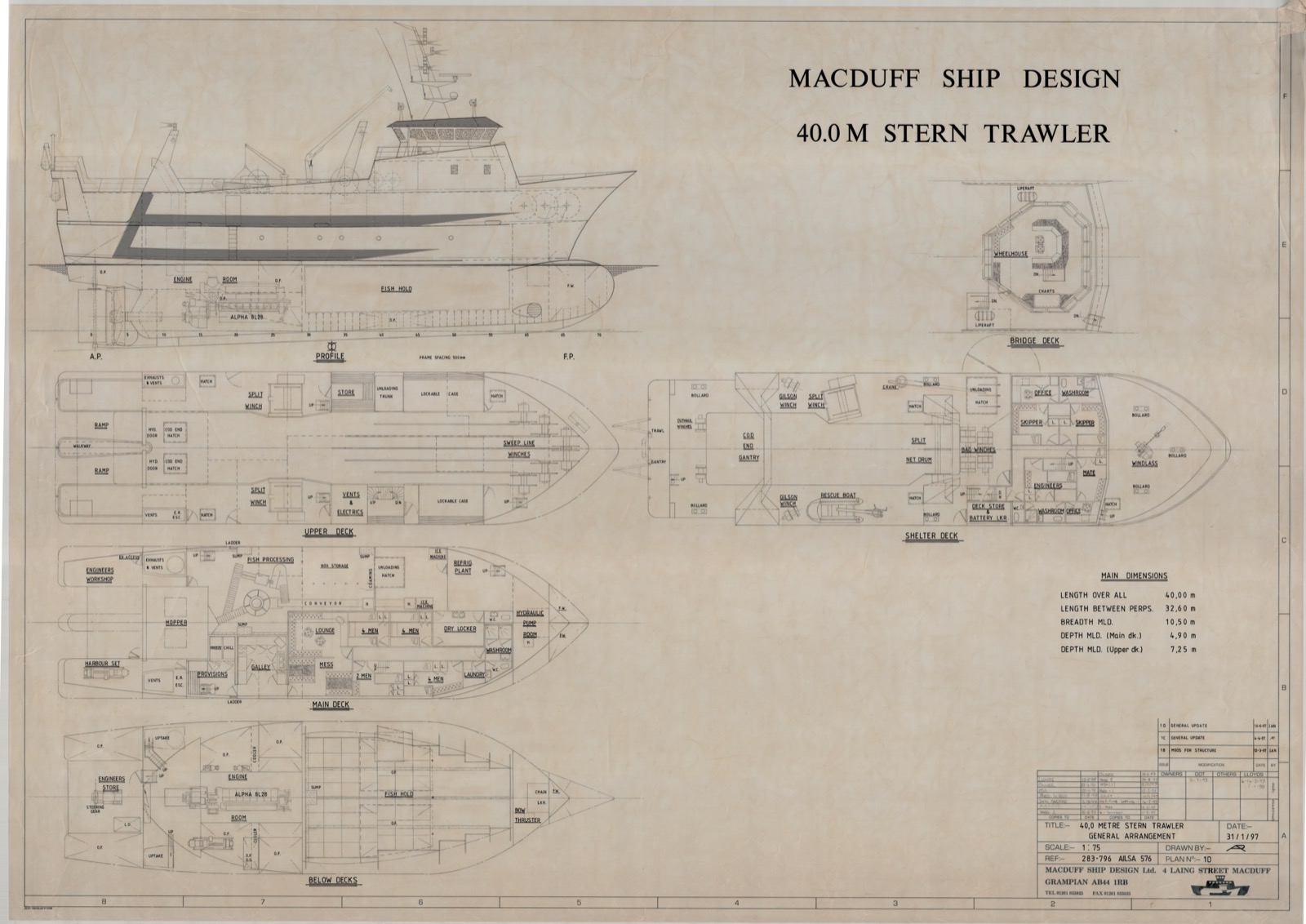 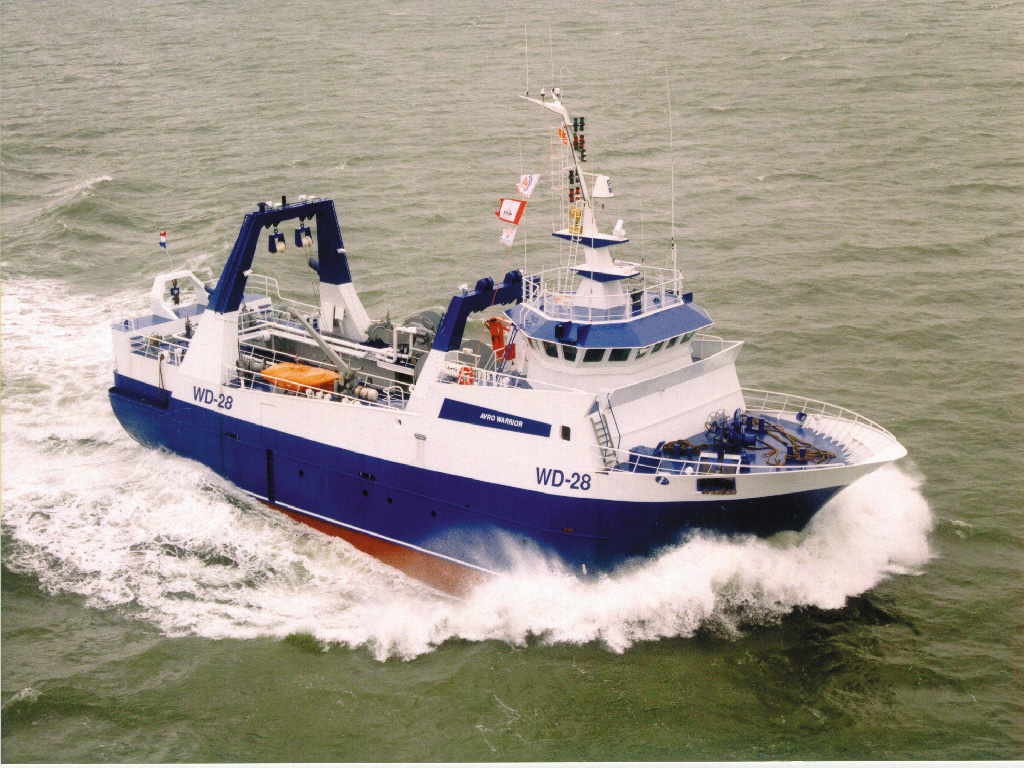 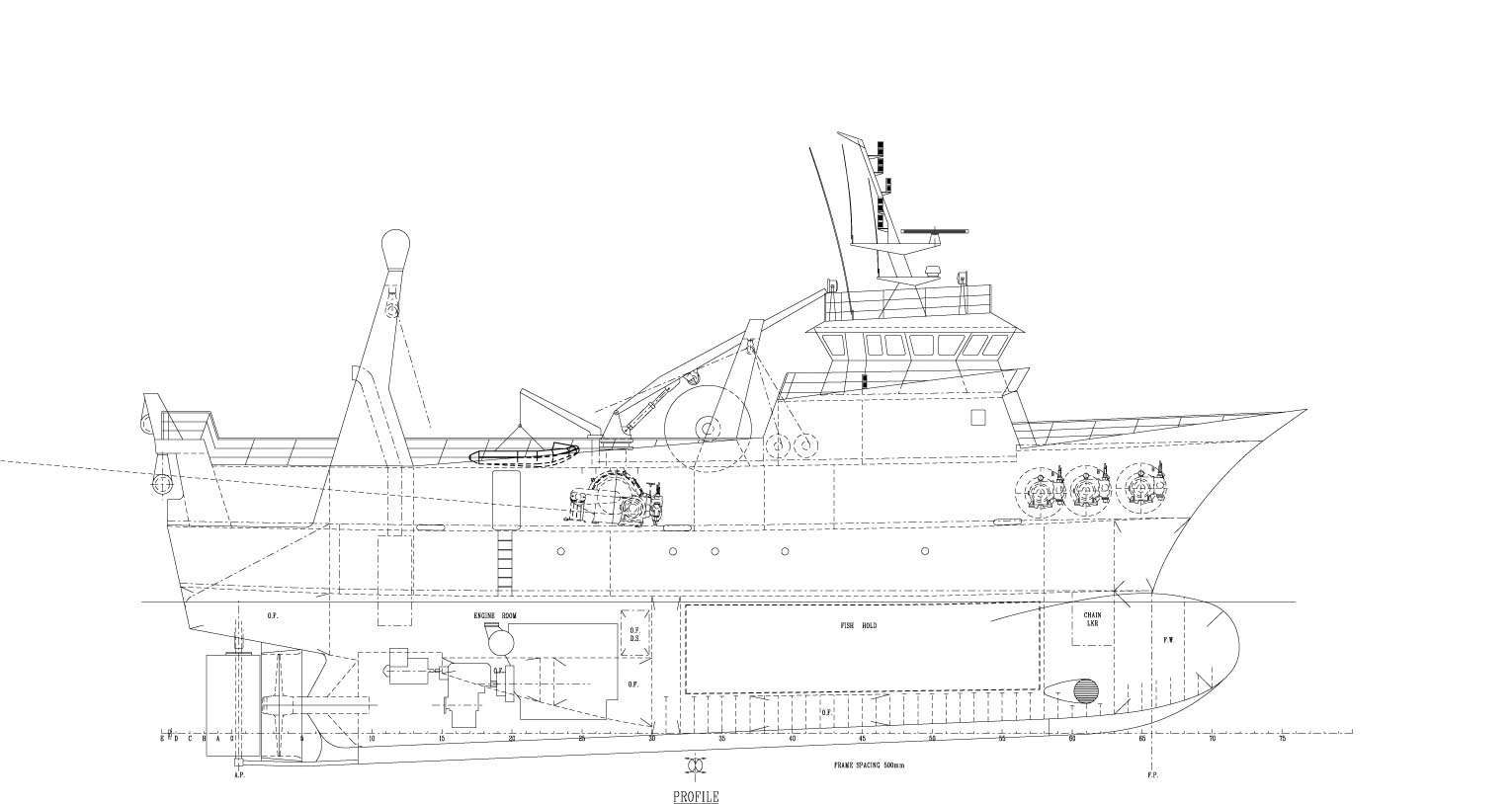